To start a singles club in 2012 on the promise of not only releasing 7 exclusive 7″ singles in that particular year but to do the very same over 7 consecutive years, is one thing. It is quite another thing to finish 2018 having accomplished just that – the release of 49 singles in total, 7 each in every year, is a monumental achievement that the London-based DIY record label Where It’s At Is Where You Are and its mastermind John Jervis deserve our highest praise for. To celebrate the format and all things 7 in such a way at a time when 7″ singles are increasingly difficult to sell while paradoxically on the other hand being increasingly difficult to produce (mainly due to RSD-style reissues taking up pressing plant capacities) seems an improbable challenge.

The successful finishing of this colossal effort is, first of all, a logistical masterpiece. While comparable endeavours, even when running only over one year, have on average struggled to deliver what they promised when they set out (with records coming out late or not at all, the whole thing fizzling out, extras being ignored etc.), Wiaiwya 7777777 never let you down: the records always came out in the year they were announced, they were delivered with unerring precision, they never missed a single download code and they were all exclusive – not a song that had been on various previous releases or lifted off albums the label had released. When the most grave shortcoming over such a long-running series is the odd familiar A-/B-side mislabelling on the record, you can tell Where It’s At Is Where You Are have done most things right.

Furthermore, the series is a musical monument to (perdominantly British) indiepop of the decade, gathering an impressive number of its more prominent figureheads such as Darren Hayman, Allo Darlin’, or My Favorite, but also highlighting some lesser known and debut acts, even bringing some artists together to collaborate in one-off bands exclusively formed for the 2015 series. Musically, the records testify to the diversity of the scene and even though it’s likely the label would have approached the bands with a request of doing a record for the series, rather than deciding Yes/No on finished songs (so control over the result on the label’s side would have been minimal, we speculate), it’s still striking how much of the bolder, more experimental kinds of indiepop are present on those records, alongside some straightforward popsongs that are hands down the best the genre has produced in recent years. The latter is particularly true of the final series that had the purpose to finish on a high, with John Jervis setting out to release singles by long-time favourite artists of his and coming up with new records by The Orchids, Spearmint, Saint Etienne, The Wedding Present, Birdie, Pete Astor, and The Catenary Wires. Some of our favourite tracks from the series (in fact one favourite track from each year) can be heard on our accompanying indiepop radio podcast episode on the Wiaiwya 7777777 series here.

Finally, it shouldn’t go unmentioned that the series is also a most stylish and well thought-through affair in terms of the visual design of the records. There’s an obvious creative drive permeating the whole series, with a clear, individual visual idea for each year, most of them centered around the number 7 and the 7 colours of the rainbow. While all of this warrants our applause and will secure the series a top spot as one of the most ambitious publishing projects in pop, it is the attention to detail that has been the most fun part of following Wiaiwya 7777777 over the years, the little extras that add a playful dimension to the records. There have been cards and booklets, there have been posters designed by the artists, badges, tote bags and more. 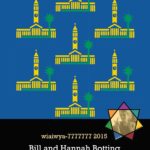 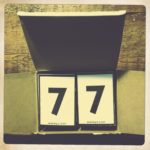 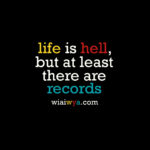 There has also been a peculiar riddle for each year from the third series onwards. On the first record of the year’s series, there was a string of seven terms printed on either the record or the back sleeve. On the second record, there was a string of seven different terms, all of which had absolutely nothing to do with eachother, at first glance. It is only when you put all seven records of the year on top of eachother and start looking at the seven terms which are in the first, the second, the third position etc. (i.e. start reading from bottom to top instead of doing it from left to right) that you find out that they are all examples for things that come in sevens – the seven daughters of Atlas, the seven members of the E-Street band, the seven James Bond actors etc. It took me years to figure that out …

We’re happy to have followed this beautiful series from beginning to finish. Thank you, John, for the music and for everything else. You did great. Oh, and Happy Birthday! 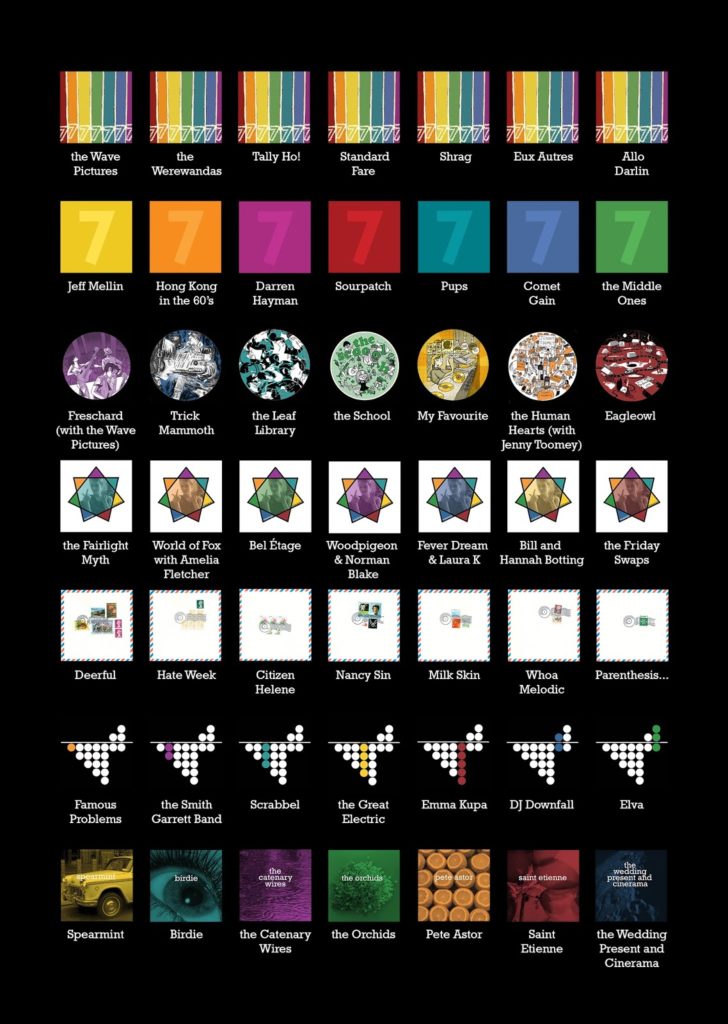 Everything else there is to know about Wiaiwya 7777777, including the pictures stolen for this post, can be found here: http://wiaiwya-7777777.blogspot.com/