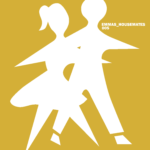 Episode 5 of our themed monthly indiepop mix, as originally aired on our favourite radio station https://www.indieloungeradio.com/. This episode is entitled “Trumpet Play”, which is pretty much self-explanatory. Enjoy!

END_OF_DOCUMENT_TOKEN_TO_BE_REPLACED 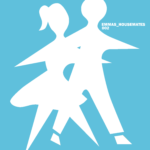 Here’s the second episode of Emmas_Housemates — our new show with favourite tracks from the last 30-odd years, following a specific theme for each show, produced for and first aired on your much loved indie radio station https://www.indieloungeradio.com/. END_OF_DOCUMENT_TOKEN_TO_BE_REPLACED 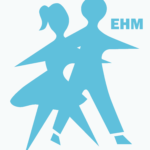 As most of us are still spending a lot of time at home to keep safe, we’ve once more done a double feature for this month’s edition of our radio show. 52 minutes of indiepop listening pleasure with twelve shiny new tracks released in the last few weeks and two favourites from a few years ago.

END_OF_DOCUMENT_TOKEN_TO_BE_REPLACED

In support of our praise of the Wiaiwya 7777777 singles club which you’ll find below, here’s a special issue of our indiepop radio podcast devoted to said singles club and featuring 7 of our favourites from the series, coming from Allo Darlin’, The Orchids and others. Stream below or find the show over on Mixcloud.

To start a singles club in 2012 on the promise of not only releasing 7 exclusive 7″ singles in that particular year but to do the very same over 7 consecutive years, is one thing. It is quite another thing to finish 2018 having accomplished just that – the release of 49 singles in total, 7 each in every year, is a monumental achievement that the London-based DIY record label Where It’s At Is Where You Are and its mastermind John Jervis deserve our highest praise for. END_OF_DOCUMENT_TOKEN_TO_BE_REPLACED