„What’s your favorite band / And who told you to kiss that way?“ Imagine the music scene in Seattle in 1995. And imagine just how likely it would have seemed then that a band whose core message is transparent in the lines just quoted, a band formed in this kind of musical setting, as the peak of grunge gave way to whatever came post-grunge, would still be around 24 years down the road.

Tullycraft, who have just released their seventh album The Railway Prince Hotel, are just that unlikely band. They’ve been writing the sweetest hooks, the catchiest riffs and the most enchanting harmonies for more than two decades now and they still go largely unnoticed by the public or even the music business. They’re still the essence of twee pop. Not only because they’ve written the ultimate hymn to the genre but also because their catalogue oozes with that peculiar twee quirkiness that comes from self-referencing the scene that you’re being part of over and over and over again. It would be an interesting task to build an annotated hypertext from all the indiepop references in Tullycraft songs – you’d end up with a virtual map encompassing even the remotest corners of the genre that is, by its own self-profession, not noise pollution. Off the top of our heads, not counting the mentions that we’ve missed (and also not counting obscure soul music references, 18th Century Delaware Governors, or the history of glam pop that is „Vacaville“), The Railway Prince Hotel would call for new additions to the hypertext annotating Anorak, Throw That Beat In The Garbage Can, Kenickie, Pulp, Sonic Youth, Colour Me Wednesday, Nervous Twitch, The Cat’s Miaow, and The Pastels.

On the new album, Tullycraft essentially keep doing what kept them from fame throughout their career. The absence of drummer Jeff Fell is noticeable in a trace of restraint, it just takes away a little bit of the full-throttle, contagious exuberance of previous records. However, the joyous fact is that Tullycraft still exist and keep giving us all the pleasure twee pop was invented for. And as long as they keep writing the sweetest hooks, the catchiest riffs and the most enchanting harmonies, as long as Sean Tollefson is still the one champion in pop who will get the maximum number of clever syllables crammed into any given vocal line pattern, you can indeed keep the punk rock ska rap beats and house … 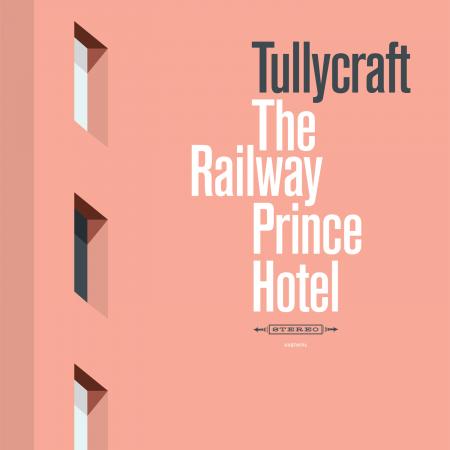 The Railway Prince Hotel was released in February 2019 on Happy Birthday To Me Records:
https://tullycraft.bandcamp.com/album/the-railway-prince-hotel