Davina Shell from Amsterdam used to be in the Vancouver indiepop four piece Thee AHs, who put out four albums of dark, Beat Happening-coloured bubblegum pop between 2011 and 2015. Subsequently, Shell released a 7″ under her own name before choosing the moniker Ghost Thoughts and signing to the fabulous Jigsaw label from Seattle, where Ghost Thoughts’ debut EP came out in early 2017, a collaborative effort with a different vocalist for each of the songs.

Now Ghost Thoughts have followed that up with a full album entitled No Chill. On it, Shell is opening the journal of her life for us and the result is a record with a lot of varied and conflicting things happening, the common denominator being the striking, at times shocking directness and bluntness of all songs. Take, for example, the aptly titled „I Still Think About You When I Come“, written from the perspective of someone who got left and is presumably long forgotten by an abusive ex-partner but still has this person on her mind in moments of climax. Musically, opening track „Gregory and the Gaslight“ displays Shell’s songwriting talent in an exemplary way. The formula here consists of the sweetest folkpop tunes indulging in 60s reminiscences, with perfect two-part harmony singing, lots of reverb on the guitars and the lead vocal, and some understated, low-key drumming setting the scene for an early 60s soundscape with some late 60s flowery parts in a way that more than once conjures up The Mamas And The Papas as a key influence.

This record should not be written about without mentioning its powerful centrepiece, the song tandem of „Anne Reads The Letter“ and „#MeToo“, placed right in the middle. It begins with the reading of a letter in Dutch. The text is increasingly distorted until the song kicks in with a whispered „fucking piece of shit“. While the song comes in the sweetest tuneful candy wrapping, we learn about the letter being by a uniform-wearing perpetrator, claiming to have no rememberance of the event that the narrator spent her whole life trying in vain to forget. Recounting the trauma of sexual abuse culminates in the chorus lamenting the uselessness of the Me Too-hashtag when after everything that has painfully been brought to light the victims are still not believed. Considering our time when everyone claimed to believe Christine Blasey Ford while still letting her perpetrator end up on a lifetime Supreme Court seat, it’s hard to deny the legitimacy of this lament.

The revelation made in the centre of the record carries forward to the increasingly bleak lyrical content of the songs following: the self-hatred making it impossible to love („Can I Love You If I Hate Myself?“), seeing the offender everywhere he isn’t („It’s So Easy, Makes Me Queasy“), the likelihood of finding oneself the victim of domestic violence, drawing smileys across the wounds and watching them heal while oneself remains forever wounded („I Drew A Smiley“) and finally („Thinking About Ending“) the depression getting so dark that it’s only the thought of not wanting to do that to one’s mum that stands between life and the decision to terminate it.

At the end of this mirthless, disturbing trip that cannot leave any listener unaffected, what one really wants to do, surprisingly enough, is go straight back to the start – we’re kind of drawn back to the start by the contrast between the troublesome content and the sweetness of the music. On Ghost Thoughts’ No Chill, these two contrasting tendencies not only go together very well; the contrast IS the record. 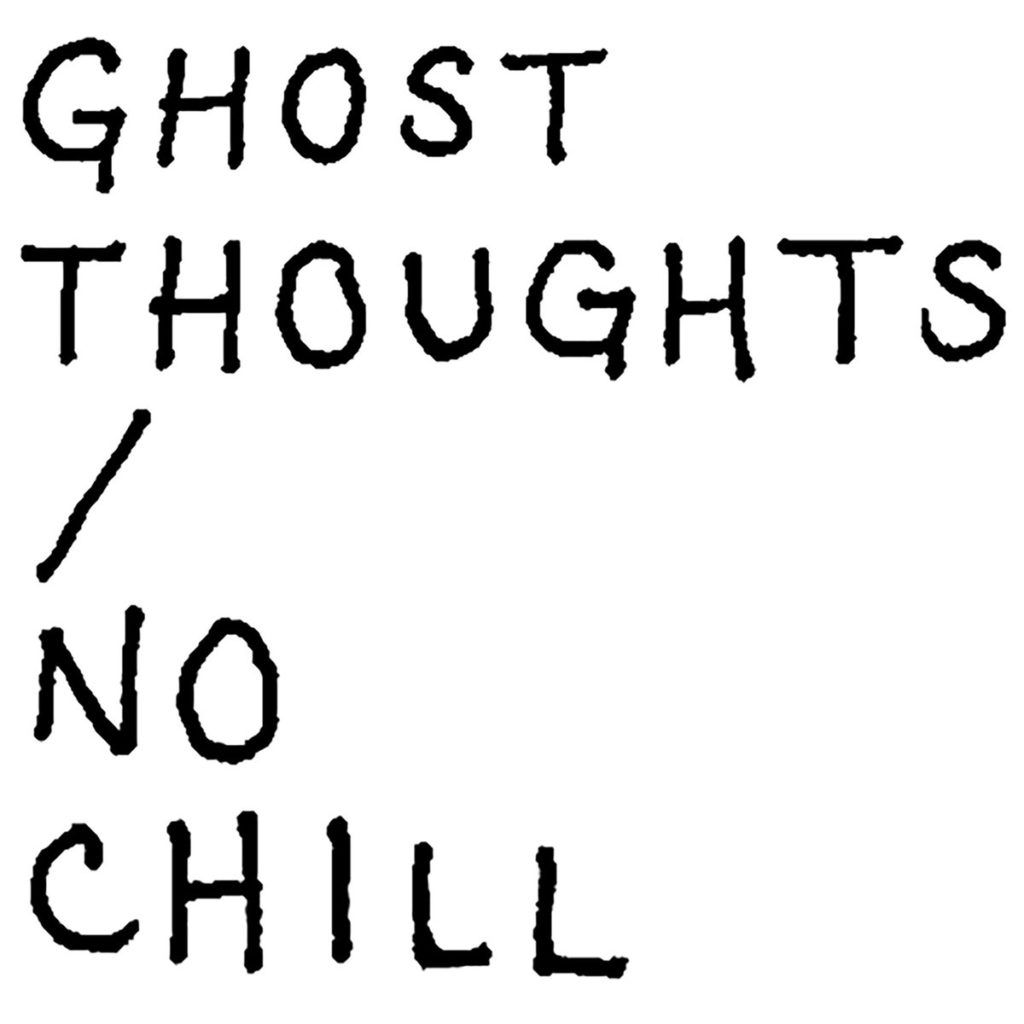 No Chill was released in September 2018 on Jigsaw Records:
https://jigsawrecords.bandcamp.com/album/pzl146-ghost-thoughts-no-chill