Seattle-based jangle four-piece Flying Fish Cove is the musical child of illustrator, songwriter and vocalist Dena Zilber. Zilber formed the band, which is currently completed by lead guitarist Jake Jones, bass player Sean Canfield and Jigsaw Records mastermind Chris McFarlane on drums, in 2017 and they released a first, self-titled EP on Jigsaw a year ago, the tracks of which also ended up on their debut album At Moonset. The album proved that Flying Fish Cove are able to tick all the right boxes for fans of Alvvays, Heavenly, The Aislers Set or Belle & Sebastian. It is a confident record, jubilant at times, deeply melancholic at others, that makes a strong case for a band destined to develop as big a fanbase as you will get in indiepop. Another point of reference that At Moonset suggests is one that hasn’t been mentioned in reviews or by the band themselves, but listening more closely, it is quite striking how much Zilber’s songwriting owes to the eternal and towering talent of Ruth Miller. We do not know whether there could possibly be any direct influence but go and listen to „Bob & Sylvie“ on At Moonset and tell us this wouldn’t fit in seamlessly and sit remarkably well on any Po! record.

While Flying Fish Cove’s debut was only released at the beginning of April this year, ten weeks later the band already have an EP with new material ready for release. The new offering is called En Garde and sees the band taking a step away from the obvious oldschool indiepop influences mentioned, carving out some rougher edges and trying a more multi-layered, not quite so transparent and crystal clear sound. The shoegaze genre might still be some miles away for Flying Fish Cove, but they certainly explore the more hypnotic side of their musical endeavour, with the opening track „No Ending“ using lots of reverb and revelling in three vocal harmony lines. Lead single and title track „En Garde“ with its wish to „start over today if you asked me“ follows in the same vein, with the apparent goal to capture a more ‚live band‘ sound than on the album impressively achieved. The closing tracks „Andrew and Ally“ (which has been said to briefly cross St. Elmo’s Fire but much rather evokes The Breakfast Club to us) and „Embarking“ re-introduce the omnipresent Omnichord on Flying Fish Cove’s recordings and tone things down a notch or two while managing to be admirably experimental and sweetly melodic at the same time. As an addendum to the album, En Garde widens the band’s musical range in a way that makes it probable that we are witnessing the establishment of a musical identity in a young band that is going to sustain them whichever direction they choose to take sound-wise. Flying Fish Cove tour their album and EP in the US between June 21 and July 31. For dates and details, see the band’s FB page. 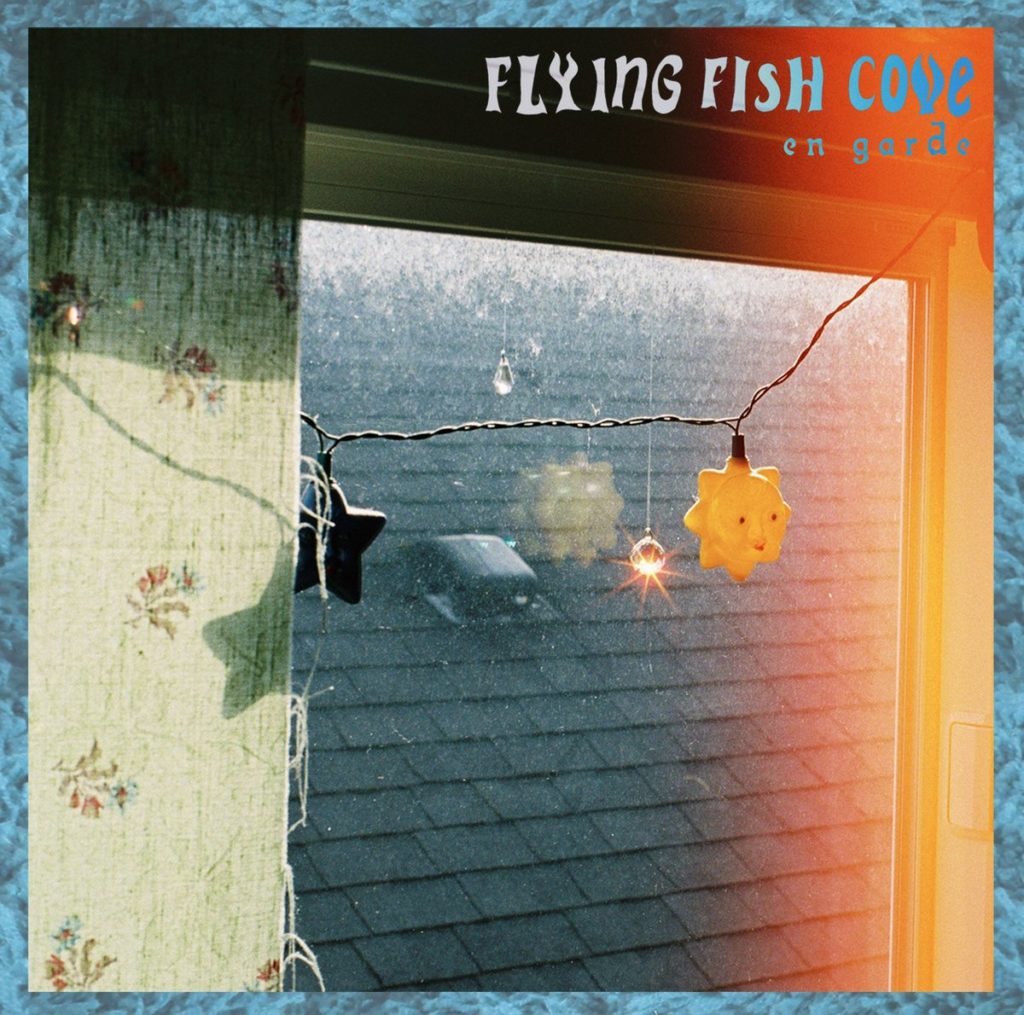