Strawberry Generation are a bunch of students who found eachother at Brown University in Providence, Rhode Island, and formed a band, as students would do. Starting out by putting very different musical influences and favourites together, they finally settled for Canadian indie superdarlings Alvvays as a role model for their sugary brand of indiepop. The band name Strawberry Generation makes use of a pejorative Chinese phrase for the Generation Y they themselves belong to, trying to reclaim the term for themselves and turning it into something positive and worthwhile. It is a band of remarkable diversity – three guys and two women with all sorts of ancestral backgrounds, places of origin ranging from New Zealand to Singapore to Belgium to the US. And it is a band not shunning the quirkiness of doing a photo session in a bookstore. In other words, the perfect indiepop outfit.

Strawberry Generation started out two years ago and have just released their third ep, entitled Losing Our Way and featuring four tracks. Opener „Different School“ upholds the eternal pop theme of inevitable loneliness in life, and it does so with a very distinct Lucksmiths feel to the vocal line. The really stunning thing on this track happens when the most ardently abhorred sound in the indie universe comes in towards the end – there’s a saxophone solo! Yes, they actually do that and it sounds fantastic. The title track of the ep is a sparsely, electronically instrumented search for making sense of the meaning of one’s own life while constantly running away from oneself, delivered with a Marc Almond-esque vocal. „Call U2“ is a classical indie college radio track about a college love affair little understood by the narrator. The centre piece of this record though without a doubt is the Valerie Zhu-penned „Coffee“, a superficially simple exploration of getting the dating game right, delivered with an underlying exhilaration and urgency that is utterly contagious and shows the band rising to the full potential of what they can sound like – rich, young, blossoming and touching, capturing the excitement of everything pop has ever meant to your personal history YET AGAIN. This track in particular makes us look forward to the album Strawberry Generation want to record but haven’t written yet. But even if it doesn’t happen, this will still be one of THE songs of 2018. 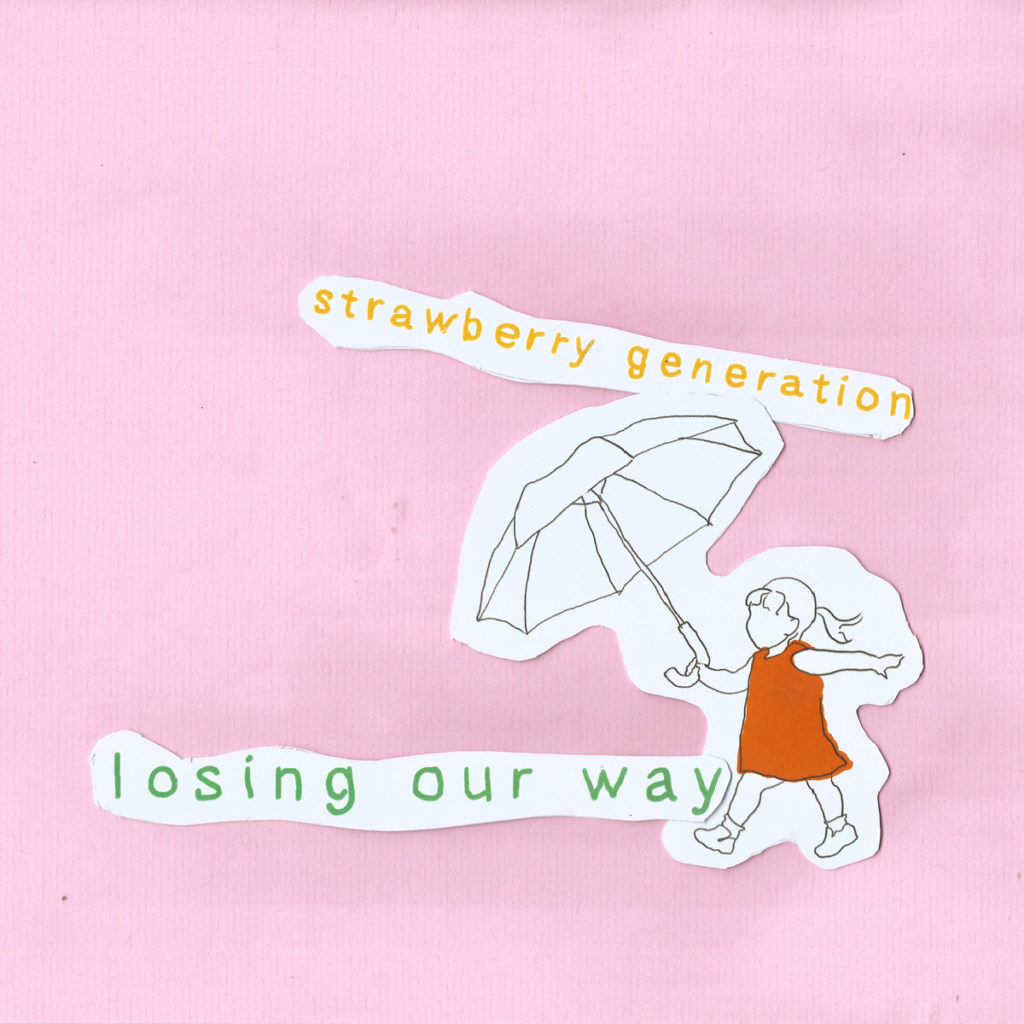 Losing Our Way was released in October 2018 on Community Radio Tapes:
https://communityradiotapes.bandcamp.com/album/losing-our-way