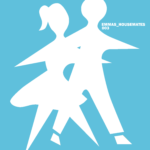 As premiered recently on the acclaimed and accomplished indie webradio station https://www.indieloungeradio.com/ here’s the third episode of our special themed show of favourite indiepop tracks and overlooked gems, Emmas_Housemates.

END_OF_DOCUMENT_TOKEN_TO_BE_REPLACED

Among the vast scene of acoustic folk that’s been part of the indiepop world for many years now, Manchester’s Laurie Hulme is one of the most interesting and original artists – by virtue of his music writing but also by virtue of the subjects his songs revolve around. His 2016 debut was inspired by stories of (and hence a tribute to) his late grandfather. This gave the album its title and it also provided the band name he’s been using since, Songs For Walter. END_OF_DOCUMENT_TOKEN_TO_BE_REPLACED